Bringing Amédé Home was a symbolic event honoring one of Louisiana’s most iconic musicians, Amédé Ardoin. The ceremony featured a candlelit Remembrance Vigil, a Bal du Dimanche après-midi (Sunday afternoon house dance), and the unveiling of the Amédé Ardoin Commemorative.

“In the 1920s and ‘30s, Amédé crafted tunes that poured the foundation for Cajun music and zydeco… If you find a Cajun band that doesn’t know the Lacassine Special, make a citizen’s arrest. The only Cajun songs probably more popular are The Back Door and Jolie Blonde.”

Amédé Ardoin (1898-1942) was one of the earliest French-speaking Creole musicians to commercially record his songs and the first to build a library of over 30 recordings with national labels. By fans and musicians alike, he is widely regarded as the bedrock of today’s Cajun and Creole music. Inspired by the Ardoin family’s efforts to bring him home from his burial place in an unmarked grave at the Central Louisiana Hospital in Pineville, the Amédé Ardoin Project Committee formed with the purpose of symbolically bringing him home through a public memorial. 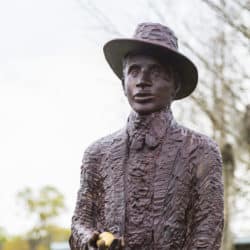 The memorial, a 1,500 lb. carved steel statue, displays Ardoin standing high atop his most prized possession, his accordion. In his right hand, he holds out a bronze lemon, a reference to Ardoin’s practice of carrying a lemon in his pocket for his singing voice. The sculpture was modeled after a single image, the only known image in existence, a black and white photo of the young musician making his confirmation in the Catholic Church.

About the Artist – Russell Whiting

Russel Whiting works and resides in Breaux Bridge, Louisiana with his wife, Michelle, and their three dogs. He is a self-taught, award-winning artist who’s gained national recognition for his forged steel statues. Russell began his career as an artist making small wooden figurines, but today he uses a special technique that allows him to carve steel with an oxy-acetylene torch to form elegant, regal figures. The Amédé Ardoin Commemorative is Whiting’s first portrait in steel and has inspired him to start similar projects.

The Symbolism of the Couronne & Handkerchief

A simple kindness from a young woman instigated a racial assault and an injury that would lead to an early death for Ardoin at the age of 44. The handkerchief is a symbol of that fateful night. The handkerchief is draped on a garland of brightly colored flowers, known as a couronne. Making a couronne is a Catholic tradition and is done by shaping crepe flowers which are hand-dipped into paraffin wax and used to form a wreath. In Louisiana a couronne de toussaints is placed at a loved one’s grave on All Saints’ Day, All Hallows’ Eve or in French, la Toussaint. The couronne is a reminder that his spirit, memory, and music live on. 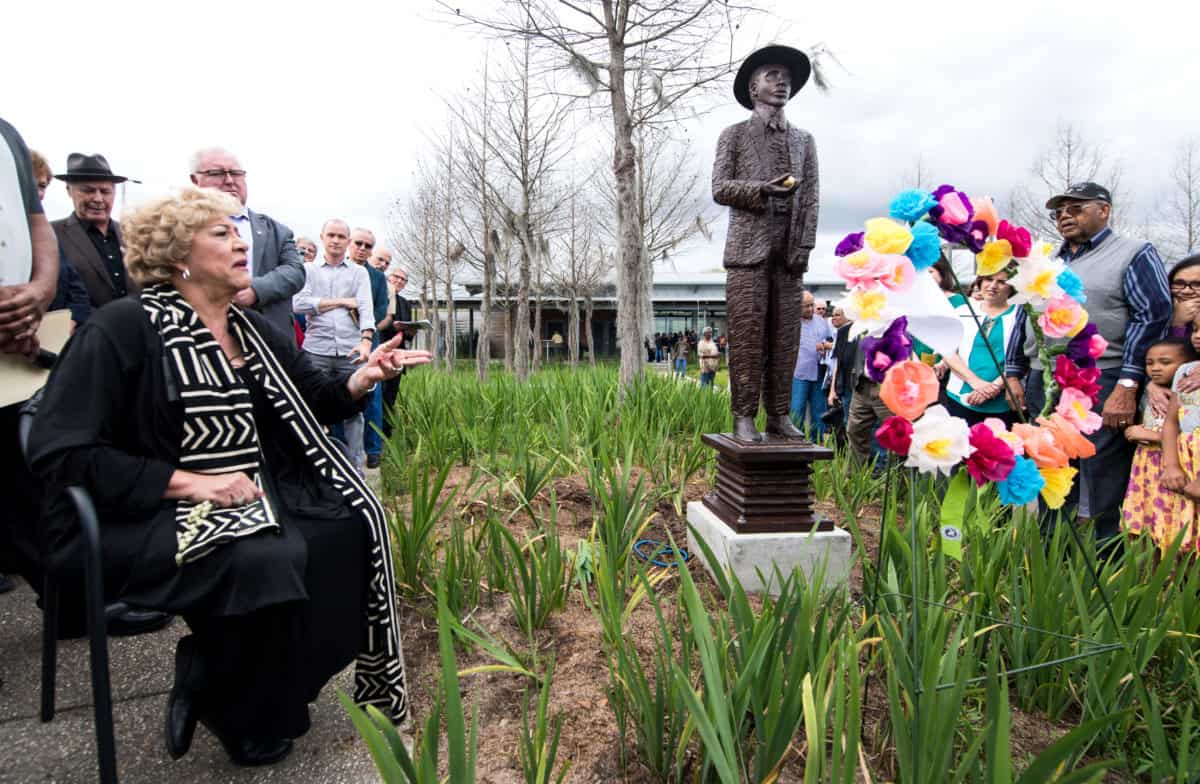 Patricia Cravins performing a monologue as Amédé’s Mother, from the play, Still Life, by Patricia Sidman

“Ardoin is one of our great existential poets. He knew his first responsibility as an artist and as a human being was to be true to his voice, and because of his steadfastness to clarity, purity, and integrity of voice, he became what his beloved fiddle partner Dennis McGee called him, ‘une chanson vivant’, a living song.”

The couronne was made by the artist, Charles Seale, of Eunice, Louisiana.

About the Amédé Ardoin Project

The Amédé Ardoin Project Committee will continue their efforts with an open scholarship initiative to support young artists who study with professional la-la and zydeco musicians in Louisiana. The project committee also calls upon Louisiana musicians, schools, communities, and individual businesses to plant a lemon tree or grove in honor of Amédé Ardoin. For more information or to donate, contact Darrell Bourque at [email protected] or Patricia Cravins at p[email protected]. 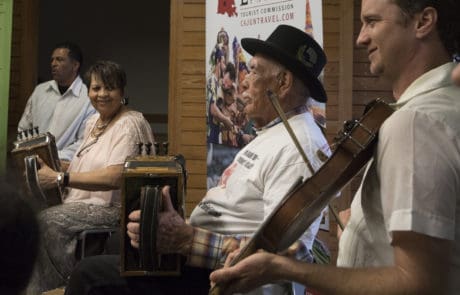 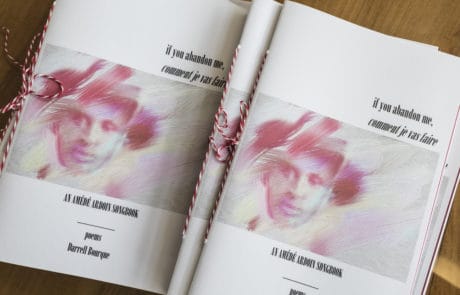 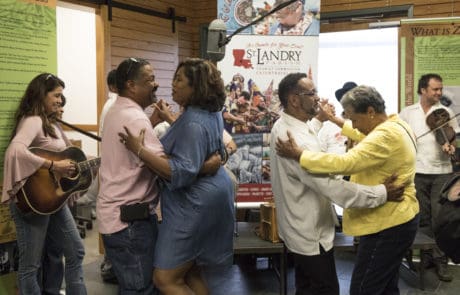