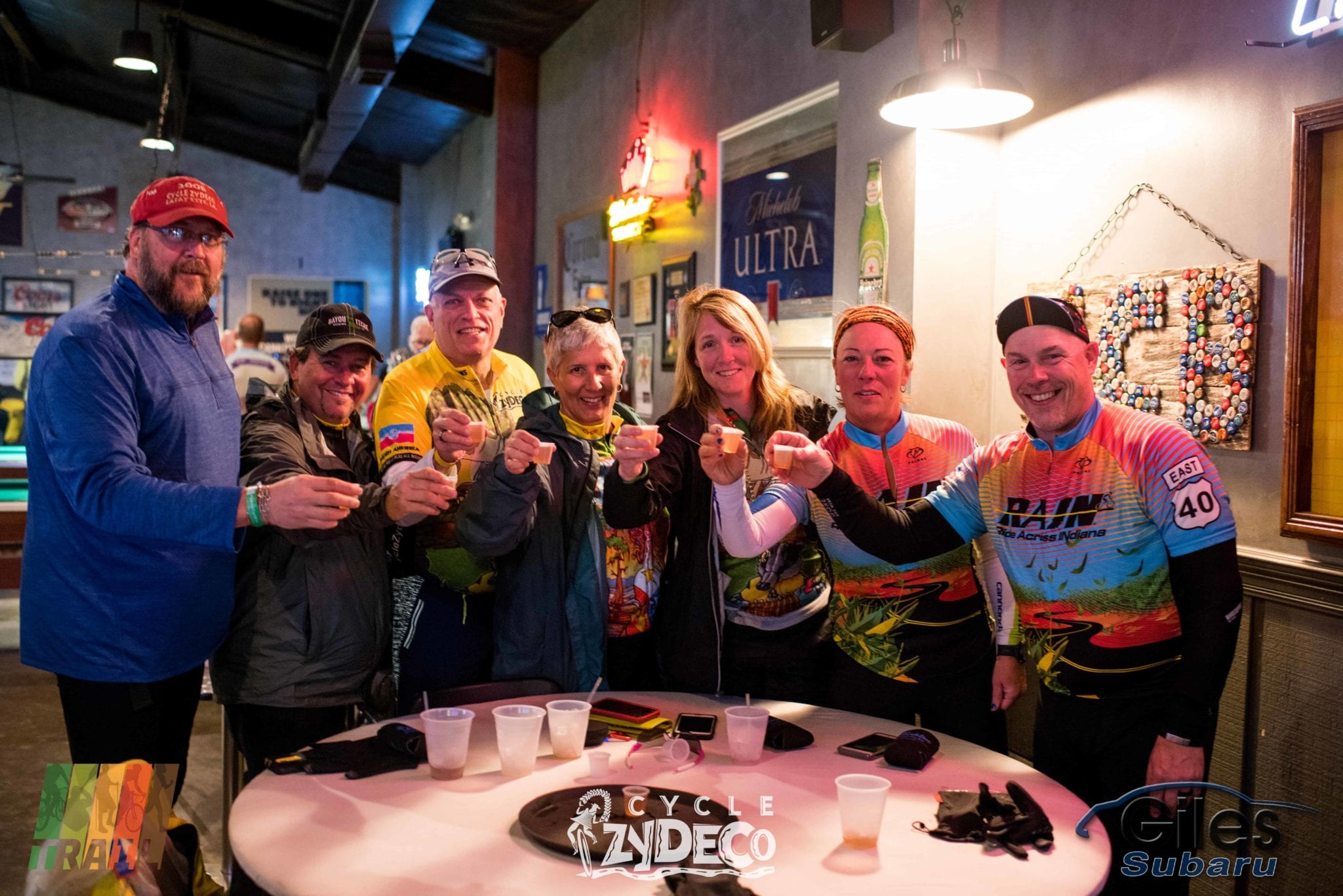 Cyclist at the Cankton Country Bar during Cycle Zydeco

On the far southern border of St. Landry Parish lies the village of Cankton. For adventurers who’d prefer the road less traveled, this small town is located along scenic Highway 93. While you’re there, take the opportunity to chat with locals and hear the story of Dr. Louis Aristide “Cank” Guidry. As a boy, Guidry would signal his family that he was home from a hunt by using the duck call “Cank, cank, cank.” His folks would say, “Cank est revenu,” (Cank is back) and the name stuck.

Also, visit St. John Berchmans Church, a Catholic church named in honor of the saint who’s apparition was seen at the Academy of the Sacred Heart in Grand Coteau. It is believed that the then blessed Berchmans appeared to the Novice Mary Wilson and cured her of a life-threatening illness. The church is magnificent and has the most beautiful replications of paintings that can be seen at the Shrine of St. John Berchmans in Grand Coteau.

Every year, cyclists also visit this village to relax and pop open a cold, crisp beer at the Cankton Country Bar during Cycle Zydeco. The non-competitive bike ride takes place in the spring and runs through Cankton and other towns throughout St. Landry Parish and the entire Acadiana region.

EVENTS | THINGS TO DO | WHERE TO STAY | RESTAURANTS