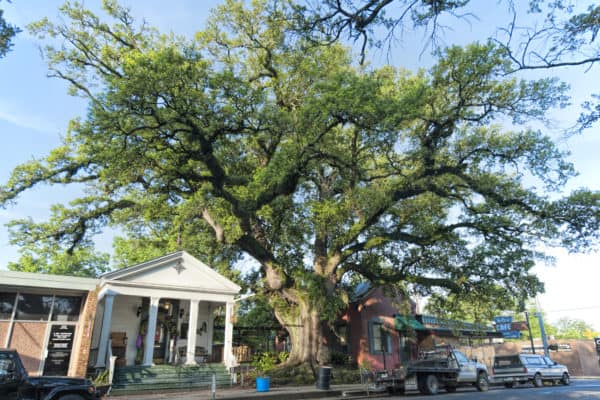 Louisiana’s third oldest city, Opelousas, was founded by the French circa 1720 as a military station and trading post with the native Opelousas Indians. French coureurs des bois (wood runners) had been coming into the area for a while, and they were followed closely by French missionaries who were determined to convert the Indians and pray for the trappers. Soon Opelousas became a stopping point for travelers going to and from Natchitoches and New Orleans.

Although the territory was ruled in turn by the French and Spanish, neither government encouraged colonization. Nevertheless, by 1769, about 100 families were living in Opelousas. When the Spanish military pulled out of the colony, many of the soldiers who had come from throughout the Spanish empire, including Swiss and Italian missionaries, stayed in Opelousas. Beyond French and Spanish settlers, the area also attracted English, Scotch, Irish, and German colonists, as well as a group of Acadian exiles who settled along the banks of the area bayous. Men and women of African heritage began arriving in the 1700s as slaves, gens de couleur libres, and free blacks.

After the war, the city began to grow and prosper with the establishment of the railroad, which connected Opelousas to the rest of the world. Today, the primary industries are agriculture, oil, manufacturing, wholesale and retail.

Today you can tour some of the parish’s oldest surviving structures at Le Vieux Village Heritage Park, home of the Jim Bowie Display, the old Whiteville Schoolhouse, Andrepont’s General Store, St. Joseph’s Historic Chapel, and The Venus House (circa 1791).

While the city has a fascinating history, it’s the music that has people coming back for more. Opelousas became known as the “Zydeco Music Capital of the World” in 2000 when the Louisiana Legislature made official what locals already knew. It’s the birthplace of two Grammy award-winning artists, Clifton Chenier (1925-1987), a master accordionist hailed as the King of Zydeco, and Terrance Simien. Learn more about these two local music legends and other zydeco musicians at the Zydeco Music Exhibit at Le Vieux Village Heritage Park. Visit the park in the spring and fall to hear live zydeco bands on Friday evenings at Music & Market. Visitors can also hear live music on the weekends at Arpeggios Lounge & Event Center and a wide variety of Louisiana music genres at Evangeline Downs Racetrack & Casino.

Get the best of both worlds – food and music, at local festivals including the Original Southwest Louisiana Zydeco Music Festival, held the Saturday before Labor Day. Since 1982, this one-day festival of Creole music and culture attracts zydeco music fans from throughout the world. In July, learn more about the tribes native to this area at the Annual Southwest Louisiana Attakapas Opelousas Prairie Tribe Festival. In the fall, celebrate Creole culture at the Annual Holy Ghost Creole Festival. 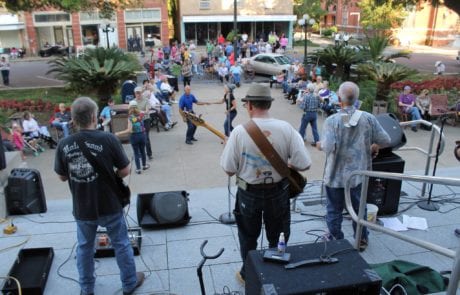 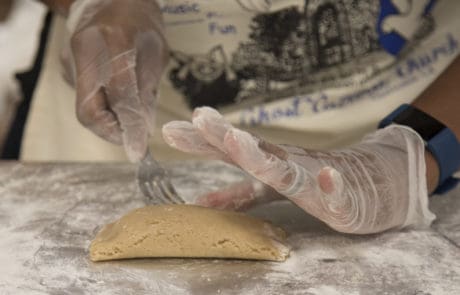