Located at the Academy of the Sacred Heart in Grand Coteau, the Shrine of Saint John Berchmans sits on the site of the 1866 miraculous cure of a Religious of the Sacred Heart. As a novice, Mary Wilson was sent to Grand Coteau in the hopes that a milder climate would improve her poor health. However, her health continued to deteriorate, and she was confined to the infirmary the month after her arrival. Hopeful, yet anticipating Mary’s death any day, the religious offered a novena to Blessed John Berchmans. Mary’s testimony describes an apparition of John Berchmans followed by immediate relief from her pain and her subsequent recovery. The Catholic Church investigated this cure, and it was used in the canonization process of Saint John Berchmans in 1888. The infirmary, where this miracle occurred, is now the Shrine of Saint John Berchmans, a peaceful place of devotion and pilgrimage.

While on campus, visit Le Petit Musée, a museum dedicated to the history of the Academy of the Sacred Heart.  Founded in 1821, under the direction of Saint Philippine Duchesne, the Academy has remained in continuous operation through fire, epidemic, and war. 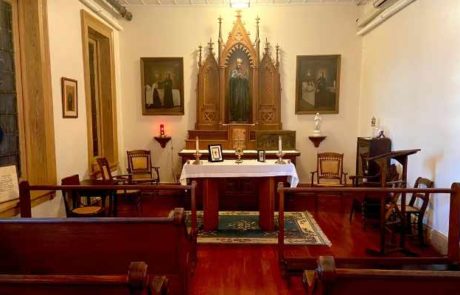 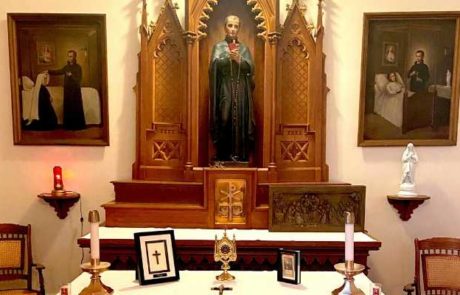