The Holy Ghost Parish was founded in 1920 in Opelousas, Louisiana at the request of a group of parishioners of the St. Landry Catholic Church and the efforts of Rt. Rev. Canon A. B. Colliard. Prior to desegregation, St. Landry Church’s black parishioners were sectioned off from the rest of the congregation. With the assistance of the Holy Ghost Fathers and a desire to have a place of worship where the African American community felt they could belong, the new Parish was created. Initially, masses were held at the Holy Ghost School, but soon thereafter a church was built.

Today, the church boasts one of the largest Catholic congregation of African Americans in the US. Visitors are often struck with admiration at the sight of the church’s collection of religious art depicting African Americans. The artist responsible for these powerful images is a local master painter, Donald Lee “Aldox” Alexander. Alexander has done outstanding work for the African American community both in his home state and outside of Louisiana.

Another special treat is the Holy Ghost Catholic Church Gospel Choir. The gospel choirs singing on the first, second, and third Sundays of the month during the 11am Mass, while the men’s choir performs on the fourth Sundays. The children’s choir performs on the fourth Sunday at the 5:30pm mass. For group tours, please make an appointment with Deacon Richard.

During the first weekend of November, the church celebrates its Creole heritage with a three-day event, The Holy Ghost Creole Festival Bazaar. The festival features a special gospel concert Friday night, live music and dancing Saturday and Sunday, and Creole dishes all weekend long! 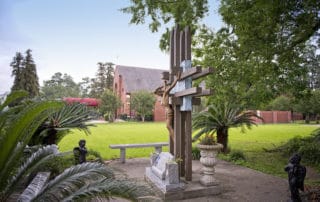 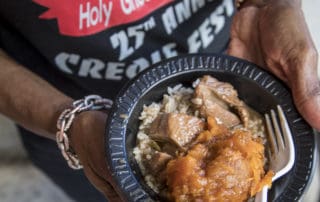 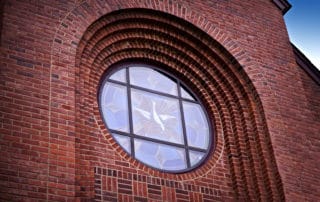 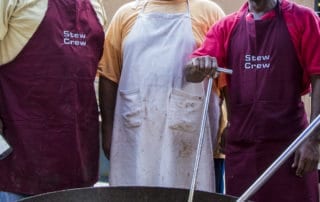 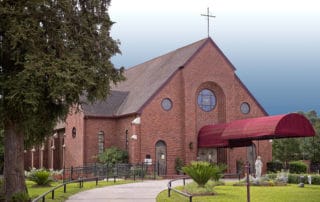 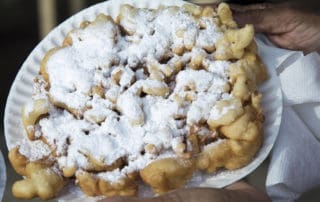