The Louisiana Orphan Train Museum is a “must-see” attraction for travelers searching for things to do in and around Opelousas, Louisiana. The Louisiana Orphan Train Society, Inc. domiciled in Le Vieux Village Heritage Park is dedicated to collecting and preserving those items that tell the history of the orphan train riders. The term “orphan train” or “orphan train riders” refers to the Orphan Train Movement, a welfare program that was in place between 1853 and 1930. During this time, over 200,000 orphaned children were transported to foster homes typically in rural areas in the Midwest.

Between 1873 and 1929, over 2,000 “Orphan Train Riders” came to Louisiana from the New York Foundling Hospital. Because of an increase in the number of occupants, the Sisters of Charity contacted Catholic priests asking for assistance. In the spring of April and May in 1907 three trains arrived in Opelousas with children from the Foundling Home wearing identification numbers that would match them to their new Catholic foster families.

The museum has a large collection of original documents, clothing, and images on display and many of the museum’s volunteers are descendants of orphan train riders. There you can also see statues on the grounds and the Orphan Train mural, depicting the arrival of the riders.

The museum is the only one of its kind in Louisiana and second in the nation to the Orphan Train Museum in Concordia, KS. 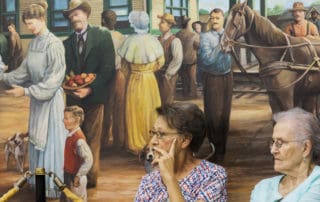 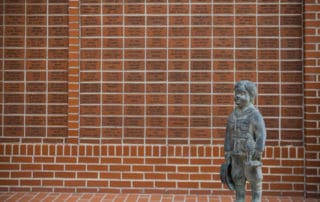 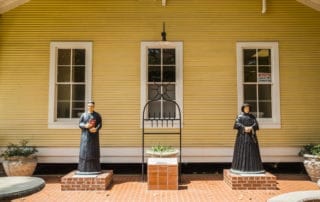 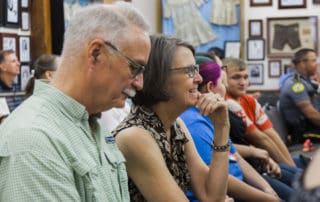 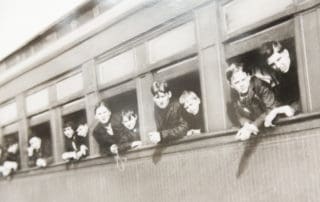 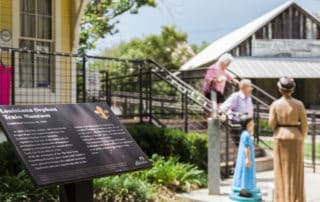