In the late ‘70s and early ‘80s, there was a crisis happening across the United States. The effects of improper and inadequate solid waste disposal practices, including open dumping and trash burning, were coming to a head.  St. Landry Parish did not escape the ramifications of the blatant illegal handling of solid waste, which still affects us to this day. Air pollution, gas explosions, infestations, and litter all affect the quality of life for U.S. citizens everywhere. Most worrying of all was the contamination of surface and ground water. 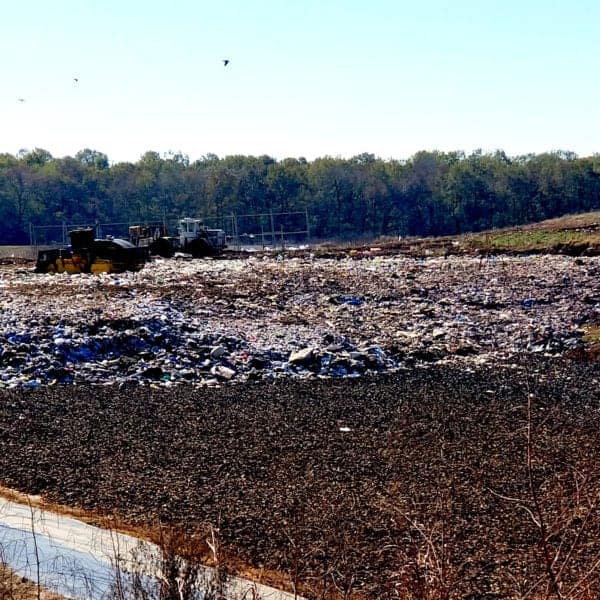 To comply with the Resource Conservation and Recovery Act that was passed in 1976, and the 1979 state law requiring all open dumps to be cleaned up by January of 1986, the St. Landry Parish Solid Waste Disposal District was formed. Funded by an eight-tenths sales tax—which as of 2019 has not been increased since its instatement—the District closed 187 illegal dumps, began house-to-house garbage collection, and began construction on what would be the St. Landry Parish Landfill and Recycling Centers. That landfill is now one of the leading sites in the state whose methods are sought after by countries across the globe. 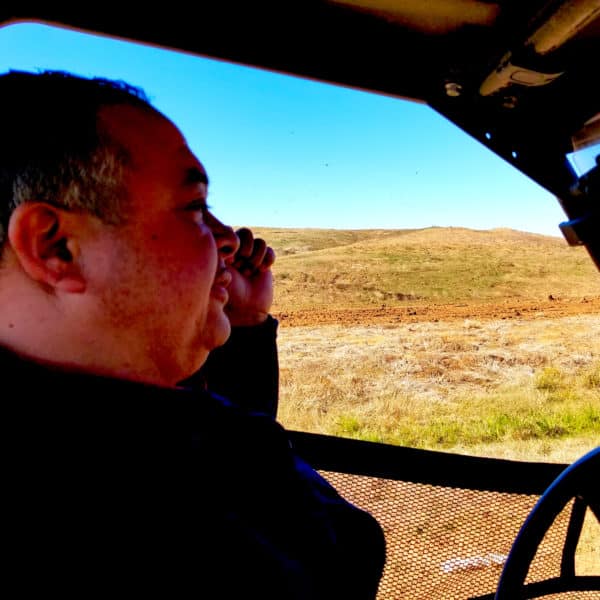 Elliot Donato—sometimes tour guide and full-time Compliance Officer for the SLP Solid Waste District—says that their goal is to “Mash trash and collect gas”. It seems simple at first, but the 25-year veteran of waste management will soon educate you on how the process of solid waste disposal is a lot more nuanced than first assumed.

When trucks are brought in the waste is separated—No hazardous materials or industrial byproducts are processed at this facility. So, car batteries, TVs, and the like are separated to be transferred to a different location—and dumped into large divots carved into the ground. Lining the bottom of the divots are 3 feet of recompacted impermeable clay, a layer of geosynthetic liner, 1 foot of sand, and 1 foot of recycled tire chips. Large bulldozers spend the day compacting the trash. Large mounds, seeded with turf rye and Bermuda grass, hide the over 4 million cubic yards of compacted waste accumulated in the 33 years since the project began—8 years past the projected life expectancy of the landfill itself.

Non-contact stormwater is tested, then released into the surrounding wildlife preserve, where native animals and plants flourish in stunning swampland. This stormwater is kept separate from the leachate—one of the compounds produced from the compression of so much waste, the other being methane gas—which is extremely toxic. Multiple monitoring wells keep track of the water that leaves the landfill, making sure nothing contaminates the Chicot Aquifer that resides approximately 250 ft. below the surface. This aquifer is a critical resource for the area servicing 15 parishes and spanning 9,000 sq. ft. The testing at the SLP Solid Waste District is so precise, that they can tell with certainty, where the contaminants, if there are any, are coming from. 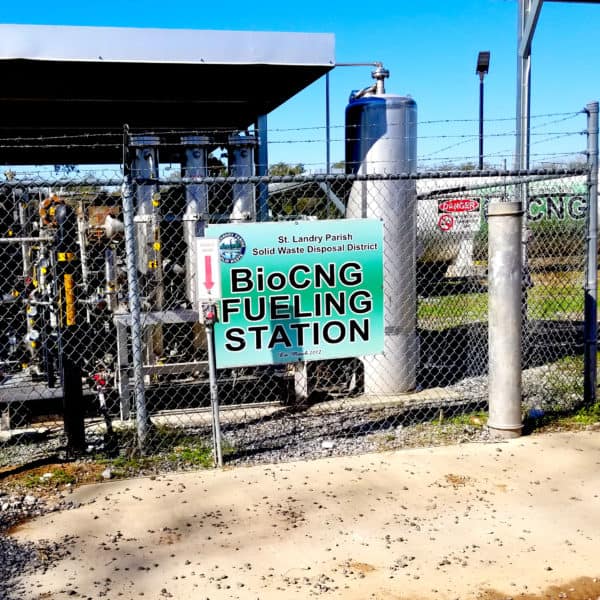 The methane produced from the waste has its own testing, recycling potential, and dangers. The gas must be tested for any oxygen and any changes in temperature which could mean that there are subsurface fires. As terrifying as a fire at a landfill can be, one below the surface could be even more harmful. Thankfully, the District has not had any subsurface fires since opening. The methane, after testing, is pumped into their gas collection system, where the organic compounds are stripped out and repurposed to power the very vehicles they use to manage the waste. There are even a few sheriff vehicles patrolling the parish that run off the gas produced.

Methane is not the only recycled materials available at the District landfill. Compost and mulch are also accessible to any St. Landry Parish resident free of charge. The compost is brought in from Guidry’s Fresh Cuts in Arnaudville and Cooper Crowne horse stables, while the wood is from clearing the land for future cells and clean wood waste diverted from the landfill. 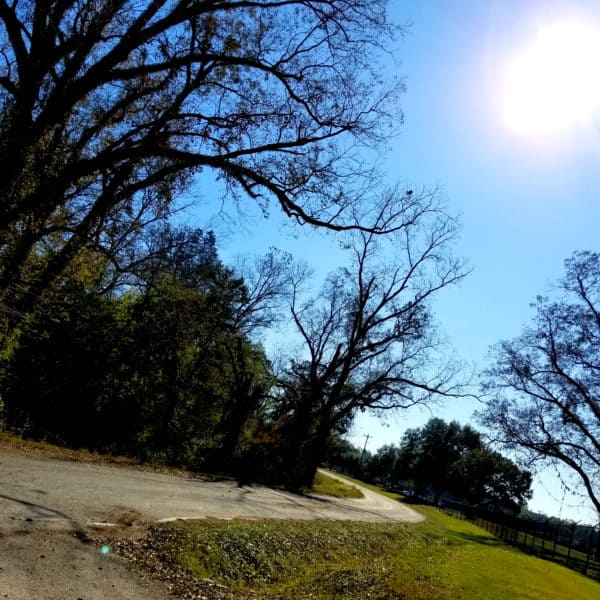 Though the District has made great strides in managing and collecting waste, their current director says that they will never get ahead of the overwhelming amount of garbage. They are, however, “staying one step behind.” With increasing awareness of the importance of recycling, being mindful of the waste we produce, along with efficient waste management methods, like the landfill’s award-winning gas to vehicle fuel project, we can start to be better stewards of the environment.

Admission to the landfill is free and tours are available to anyone interested in learning about their amazing, responsible practices. You can visit their listing here, for more information on tours or their website, SLPSolidWaste.org, for information about the District and their recycling centers.