Looking for something new and exciting this carnival season? Check out the traditional Courir de Mardi Gras & Chicken Run in Eunice, Louisiana. This Mardi Gras celebration is nothing like parades you see in the city, but instead, a procession of people in whimsical costumes, romping around the countryside.

The Eunice Courir de Mardi Gras (Fat Tuesday Run) dates back from when the town was first established in the late 19th century. In fact, this year, the Eunice Mardi Gras Association is celebrating their 100th courir! During a “courir,” riders go from house to house soliciting “donations” of food items to culminate in a community-wide gumbo. The highlight of the event is the chicken run, an honored tradition for ambitious, young revelers. During the run, the “capitaine” will release a chicken or guinea. The lucky person who catches the fowl gets bragging rights for the rest of the evening.

This extraordinary event is based on early begging rituals from Europe, during the Medieval era. In Eunice, the courir was abandoned for a few years during World War II, but in 1946, a small band of riders revived the tradition. Today, the Eunice Courir de Mardi Gras has more than 2,000 participants on the run, and it continues to increase each year. The run is always held on Mardi Gras day, but other carnival activities begin the Friday before Fat Tuesday. There’s a full schedule of last year’s Mardi Gras events in Eunice here.

Registration for this event is required, and participants must be 18 years or older. Registration is open at 6am at the Northwest Community Center. Early risers typically have a better chance of getting a seat on the trailer, but for those who are walking, the capitaine will keep you well-nourished with “boudin stops” along the way. 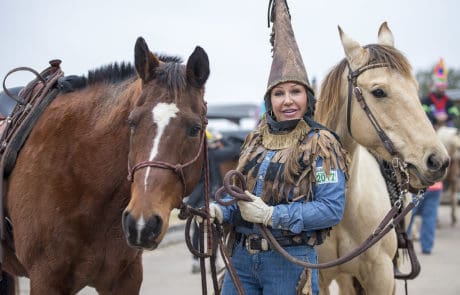 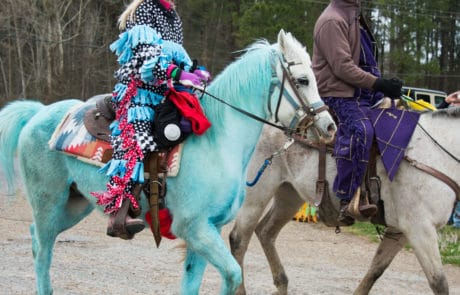 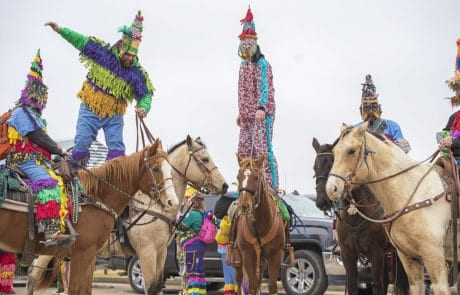 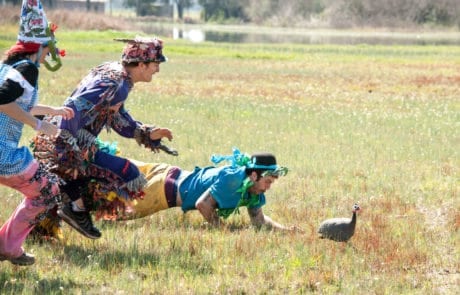 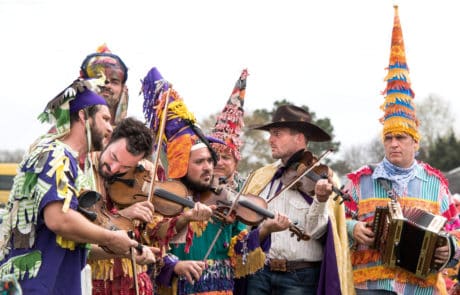 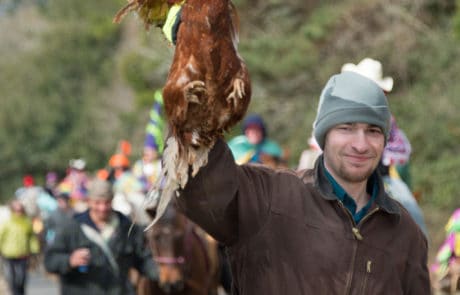